16 years and counting: How ESA squeezed oodles of bonus science out of plucky Mars Express probe

An interesting article at the Register on the hacks and reconfiguration done to keep the ESA Mars Express orbiter running. 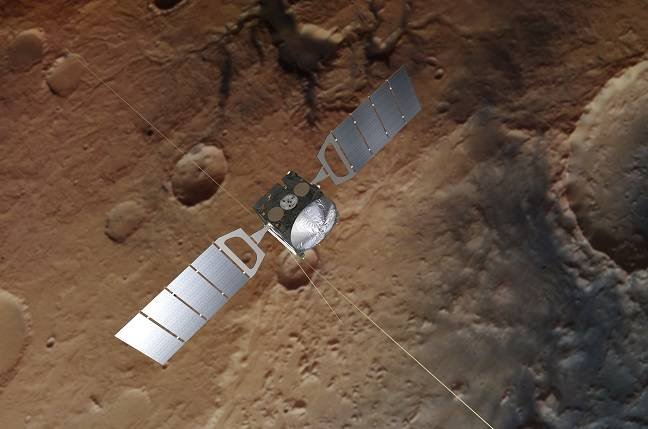 16 years and counting: How ESA squeezed oodles of bonus science out of plucky...

MEX I can: A tale of ingenuity and innovation

As the European Space Agency flicked the standby switch on some of its long-lived spacecraft in response to the COVID-19 outbreak, The Register figured it was time for a look at how the agency has kept its fleet flying far beyond expectations. Today, the veteran Mars Express orbiter.

ESA’s Mars Express (MEX) spacecraft is an interesting beast. Launched on 2 June 2003 from Baikonur aboard a Soyuz launcher, the 1,120kg vehicle (including the ill-fated Beagle 2 lander) arrived at the Red Planet on 25 December 2003. The Beagle 2 lander aside, the nominal mission plan for Mars Express (or MEX) called for the spacecraft to spend one Martian year (about 687 days) in orbit. Nearly 17 years later, MEX is still making discoveries.

We spoke to James Godfrey and Simon Wood, part of the team responsible for operating the spacecraft, and project scientist Dmitriy Titov about the challenges and benefits of keeping MEX ticking over long after the lights were expected to have gone out.

Very good: extended operating life in the face of failing memory and failing gyros, by the application of ingenuity.