Not IT, but the New York Times has an article today about firefighting at the Notre Dame cathedral in Paris.

The format is scroll-driven and a bit annoying, but it’s got some technical detail about how the fire-warning system detected the fire fairly early, but gave a complicated and hard-to-parse message to the people monitoring the system, who initially made a visual inspection in the wrong place. No substantive action was taken for 30 minutes after the fire was first detected.

There’s also a discussion of firefighter deployment, how they undertook a high-risk strategy to protect the north tower, which was evidently in much greater danger during the blaze than I at least had appreciated. A failure mechanism that I hadn’t thought about was that, if the wooden beams supporting the enormous bells in the tower fail, then the bells will become gravity-powered wrecking balls as they crash down to the ground, likely taking the tower’s stonework out along the way.

A discussion on the article at Hacker News:
https://news.ycombinator.com/item?id=20457706

And again on the question of airborne lead pollution, from a month ago: 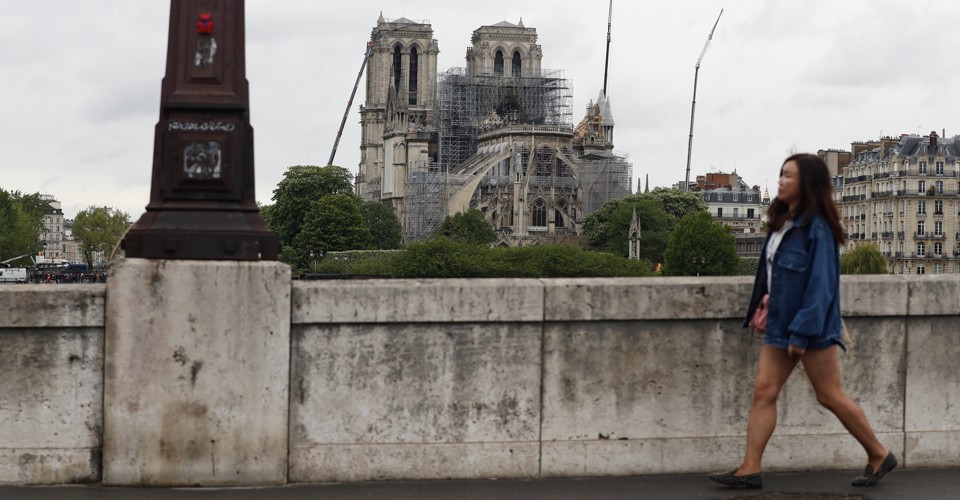 The 'Toxic Fallout' From the Notre-Dame Disaster: Lead Contamination

A French environmental group is suing the city over widespread lead contamination released in the historic cathedral fire on April 15.